Posted by Heather Krill in Life After Paralysis on May 27, 2021

Recently, my husband, Geoff, a T7-8 complete para, had a surgical procedure below his line of demarcation, meaning below his level of feeling. I won’t get into the specifics, but he left the hospital with eight stitches and a drain. After a thorough discussion with his doctor, they decided he would not require more serious pain medication given his level of spinal cord injury. However, his body very much knew and understood the pain trauma he underwent, despite technically not being able to feel it.

The first night wasn’t terrible, perhaps due to the anesthesia still being in place. But night number two left us feeling like idiots. Why had they not even given him some basic Tylenol to combat the autonomic dysreflexia? It was as if he was in shock– overall general shivering, then sweating profusely, and changes in blood pressure prevailed all night long. For an otherwise healthy human who hadn’t had surgery since the rods were placed in his back following his snowmobile accident and spinal cord injury, he was a mess. Doctors are also surprised that he doesn’t take any regular medications, despite having had a spinal cord injury all these years. 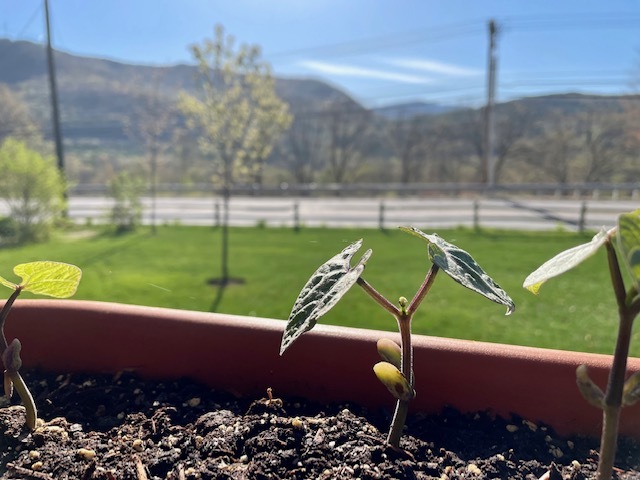 So, I finally gave him some Tylenol, which did the trick in calming down his central nervous system– or who knows what system was being treated. I’m an English teacher, not a doctor, but we were nervous that perhaps an infection had set in that we could not see. Fortunately, he had a follow-up visit with the doctor, who assured him that healing had commenced, and she agreed he ought to continue with Tylenol if these other symptoms like shivering continued. He never had a fever, thankfully.

But we have been taking temperatures every day since September, so fevers are something we pay close attention to. Weeks before his surgery, our daughter had tested positive for COVID after being in contact with friends. Her friends had been as careful, if not more so, as we had been for the last 14 months. We could not believe the situation. Luckily, Geoff has been fully vaccinated for months, and my vaccination had just passed the two-week mark from the second Moderna shot. Her symptoms included low-grade fever, stuffy nose, and headache, but she assured us on many occasions that she had been “way sicker” not having COVID. Our son never tested positive, which was unfortunate as it meant his quarantine time at home was twice as long as his sister’s.

Quarantining with kids is hard, no doubt, but their teachers are amazing humans who worked tirelessly to include them virtually, educate them individually, and communicate as directly as possible. I continued to go to school each day, leaving Geoff home to manage remote learning. However, I was prepared for backlash by our community–how can a teacher whose own kids were home, one positive, one trying to remain negative, come to work each day in a school? The NH State Epidemiologist Benjamin Chan verified for our school district that it was safe for me to continue wearing my mask and remain at least six feet from my students because I was fully vaccinated.

But luckily, this too shall pass. And when there is a vaccine available for my almost 10-year-old daughter and 11-year-old son, you can bet your bottom dollar that we will be a fully vaccinated family. However resilient they are, though, they were still frustrated by being trapped at home. And when our son ran away upstairs to his room and locked his door and Geoff could not get up to him, I had to remind Geoff that sometimes our kids have feelings that they can’t exactly put words to. Had Geoff not still been nursing his wound, he likely would have jumped out of his wheelchair and bumped up each of those steps. Defiance in children is part of the natural order of growing up, but it still doesn’t make parenting in a pandemic any easier.

Heather Ehrman Krill is a writer- wife- teacher-mom who lives in the White Mountains of NH with her husband, Geoff, a paraplegic and professional skier, and their two children, Carver and Greta, who are 11 and 9, respectively. Please check out her novel True North, website www.heatherkrill.com, author FB page Heather Krill, and @heatherkrill1 on Twitter.