Posted by Heather Krill in Life After Paralysis on March 18, 2021# Adaptive Sports

Three years ago, I was lucky enough to get an interview with Paralympic skier Andrew Kurka and wrote an article for the Christopher & Dana Reeve Foundation entitled “Why We Should Watch the Paralympics.” Still, coverage was sporadic and hard to follow at best, despite amazingly talented athletes with compelling personal stories. This week, NBC announced that there will be primetime viewing of the summer Paralympic games for the first time. I’m here to tell you again that you should really watch them. Primetime makes it even easier for you! Make a choice to learn something new if you know nothing about what makes the Paralympics worth watching. I promise you won’t be disappointed! 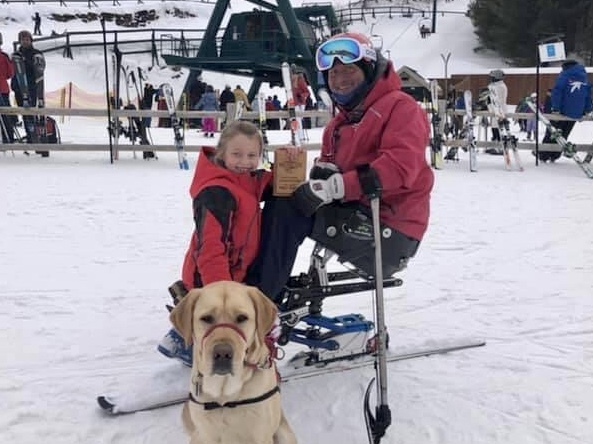 Did you know that sports were among the first areas in American culture to break the color barrier? Did you know that sports were also a great equalizer in helping people with disabilities find fun and recreation and competition in life again? Did you know that these athletes’ backstory is often more interesting than the sports they compete in and around? On the playing field, men and women, regardless of their skin color or ability, can be judged on the content of their athleticism and skill, if not their character.

When our daughter was just two years old, we visited the New Hampshire Ski Museum at Cannon Mountain. Even then, she was drawn to the sparkle and shine of Bode Miller’s Olympic golds, silvers, and bronze. When she was six, she asked for pink Leki poles like Mikaela Shiffrin. She will tell you now that, yes, one day she would like to go to the Olympics for ski racing. Our son will tell you that he wants to go for Super G and freestyle, despite never really having done a Super G race in his life. He will also tell you that even if he gets into an accident like his dad did and becomes paralyzed, the Paralympics will still be an option for him, regardless of his disability. He has known the differences between (as well as the similarities among) the Paralympics, Special Olympics, and Olympics since he was very little, knowing that each category provides a home and inspiration for all kinds of athletes. Although we never want our children to have to tackle the challenges that came along with Geoff’s spinal cord injury, we are always impressed by their ability to see options in their futures. 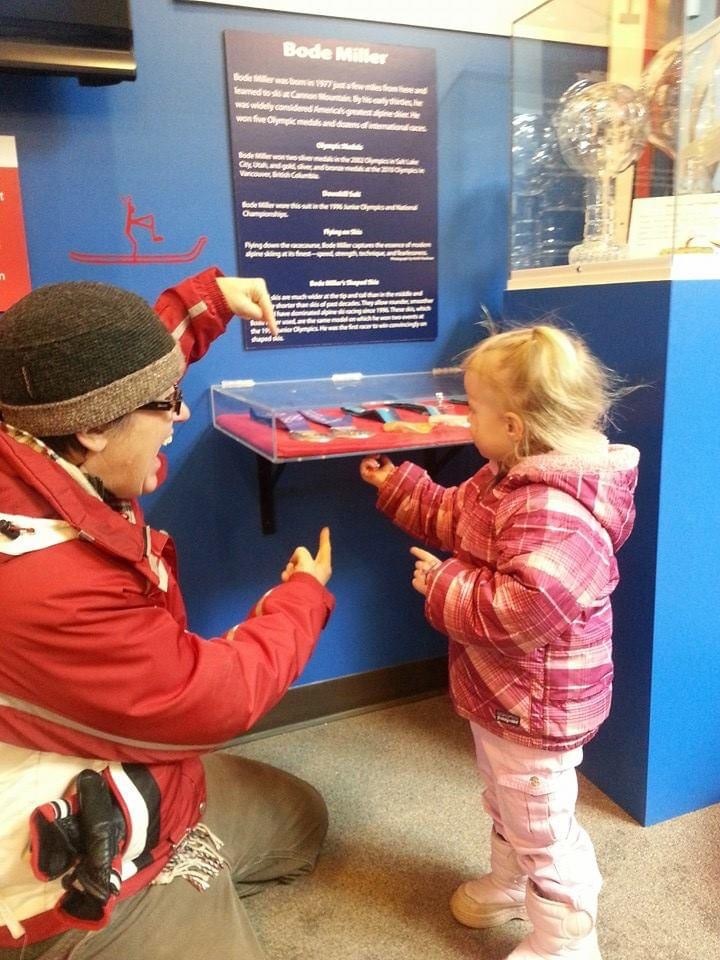 Our children see options because we, their parents, see options instead of boundaries and limitations, despite his spinal cord injury, and make a choice every day to set goals and make adventure part of our life together. They dream big always, and even though our boy was sad not to place in our local rope tow’s Big Air competition last weekend, he discussed with us how he made a choice to go big and not play it safe. Of course, he didn’t land whatever it was he wanted to land… and, to make matters worse, he didn’t land it twice in a row. But the point is that he was not afraid of taking the risk when it mattered most to him in his 11-year-old brain. Of course, this same kid told the pediatrician today after his HPV vaccine that he felt “woozy” and his arms were “likely paralyzed.” She made him lay down on a table with a cold washcloth on his forehead for what seemed like an hour.

Whether our kids make it to the Olympics one day or not remains to be determined. But I’ll tell you what; we are excited to watch the Paralympics AND the Olympics unfold on primetime TV this summer for the FIRST TIME EVER. We will continue to cheer on our friends also competing in the Special Olympics. Equal opportunity as they don’t know anything different. Stay tuned for Paralympic Summer 2021.

Heather Ehrman Krill is a writer- wife- teacher-mom who lives in the White Mountains of NH with her husband, Geoff, a paraplegic and professional skier, and their two children, Carver and Greta, who are 11 and 9, respectively. Please check out her novel True North, website www.heatherkrill.com, author FB page Heather Krill, and @heatherkrill1 on Twitter.